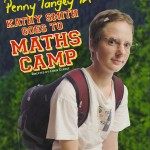 For many people their first trip to Nerd Camp is an emotional life experience slightly more intense than the birth of a child. It is not surprising that school camps are highly charged occasions as they involve teenagers living in close quarters trying to touch each other with mixed results. This happens at Nerd Camp too, but it does not quite explain its full impact.

My definition of Nerd Camp is a multi-day gathering of adolescents from different schools with the purpose of participating in educational activities for which they have a shared passion and talent. And it can’t be sport. This definition leads to band camp being included under the Nerd Camp umbrella – but only if the band camp requires an audition. I don’t count my attempts to play the clarinet in a tin shed at Lake Eppalock as a Nerd Camp. We weren’t good enough and we didn’t care enough – there was no shared passion and talent unless you count perfecting Strip the Willow on bush dance night.

That is the key to Nerd Camp. A group of teenagers suddenly find that, rather than marking them out as a freak, their avid interest in telescopes, oboe reeds or Fourier transforms is suddenly the norm. Add a bucket of hormones and it’s magic.

In 1997 I attended the International Student Project Conference. I have always thought this was a Nerd Camp, but perhaps that is questionable according to my own definition above. It was a humanities/social issues camp. I remember there was a lot of simplistic discussion about the Middle East and cloning (Dolly the sheep was very big at the time). Therefore the participants perhaps lacked a true shared passion. Secondly, I failed to do or say anything intelligent all week and snorty giggled whenever someone with an accent said anything. So, did I really go to Nerd Camp or was it just a school camp?

As an extreme and glorious example of someone who most definitely went to Nerd Camp I think of my friend John. Not only was he an active participant at Space Camp during the day, but he was conducting relationships incompetently at night. John and Jane progressed as far as holding hands on a bunk bed. It seemed inevitable that they would pash. On the last night of camp Jane invited John outside to look at the stars. They went outside. Just the two of them. They looked at the stars. They came back inside. That was it.

Despite failing to pash in the world’s most pashable circumstances, John and Jane wrote to each other for years after Space Camp. Their emails, are fascinating, almost poetry.

He writes: You’re so smart.

She writes: No, you’re really smart. I can’t believe you think I’m smart.

He replies: No, it’s true! You are smart. Do you really think I’m smart?

In this exchange we see the hopes, sexual tension and the manic desire to be considered intelligent that is typical of Nerd Campers. The mix of brainpower and hormones coupled with insecurity makes Nerd Camp potent.

Almost twenty years after the International Student Project Conference I often think of excuses to wallow in the memories again, and writing this is just the latest. Ten years ago I wrote and performed an entire comedy show about a girl going on Maths Camp. This led me to discuss with many people their Nerd Camp experiences, which was wonderful. I remember particularly a group of women who came to the show. They had met at Maths Camp thirty years ago, discovered that other girls liked maths too, and stayed friends ever since.

After one performance I was approached by a normal looking young man. Once he started to speak it was clear that he was in the grip of powerful Nerd Camp nostalgia. He was excited and agitated. He looked like someone who’d just solved a difficult maths problem and was desperate to explain it to someone who couldn’t do it.

He said. ‘I went to Maths Camp too. It was just like in your show!’ Then he added with pride, ‘Except we stayed up later.’

I found a 22 year old was bragging about his late bedtime from seven years ago slightly odd, but I was also delighted. It’s not just me whose reminisces about Nerd Camp to the point where others take a step back to regain their personal space.

Many of us never get over Nerd Camp. Although we may claim to look back and laugh indulgently at our younger Nerd Camp selves and mock our unbounded enthusiasm, if we could, we’d go back there in an instant. It wasn’t actually the most fun I’ve ever had, but it showed me how much fun life could be. As it says in Winnie the Pooh, ‘although Eating Honey was a very good thing to do, there was a moment just before you began to eat it which was better.’ For me, the International Student Project Conference was that moment.

If you tell someone that they will never know the full richness of life because they missed out on Nerd Camp, they tend to resent it. They feel that, although they may not have been to a Nerd Camp, their generic school camp to Queenscliff was just as good.

They are wrong. Nerd Camps are special. The International Student Project Conference was special. And that is how I really know that I have been to Nerd Camp, because it makes me feel superior to other people.