When I was in Prep I was the first kid in my class to be proclaimed Writer of the Week for my story about the bush fires. I was given a badge and a strong boost to my ego. I didn’t see it as a temporary honour but as a permanent part of who I was. In my mind Writer of the Week actually meant Acknowledged Best Writer in the Class for all the Weeks Forever.

You can imagine my surprise and outrage at what happened next. About a month later (Mrs Ready wasn’t that organised) Writer of the Week was awarded to ANOTHER KID. I couldn’t believe it. I was the real Writer of the Week. Not Tim Jenson with his stupid story about the class worms.

It was probably a useful life lesson or something.

Here is my story (that’s a koala in the tree – never won Illustrator of the Week). 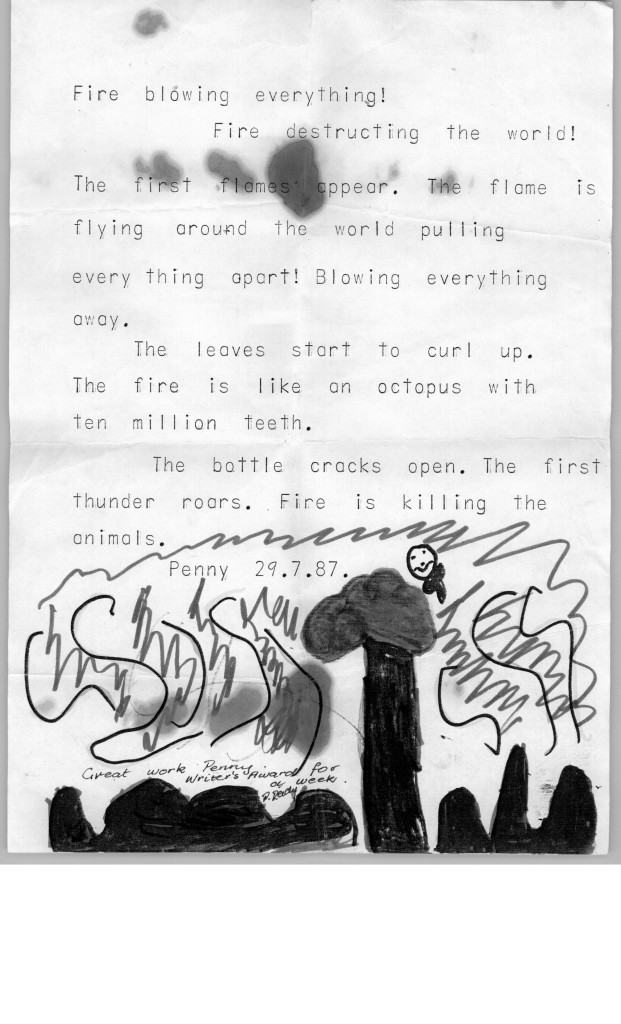