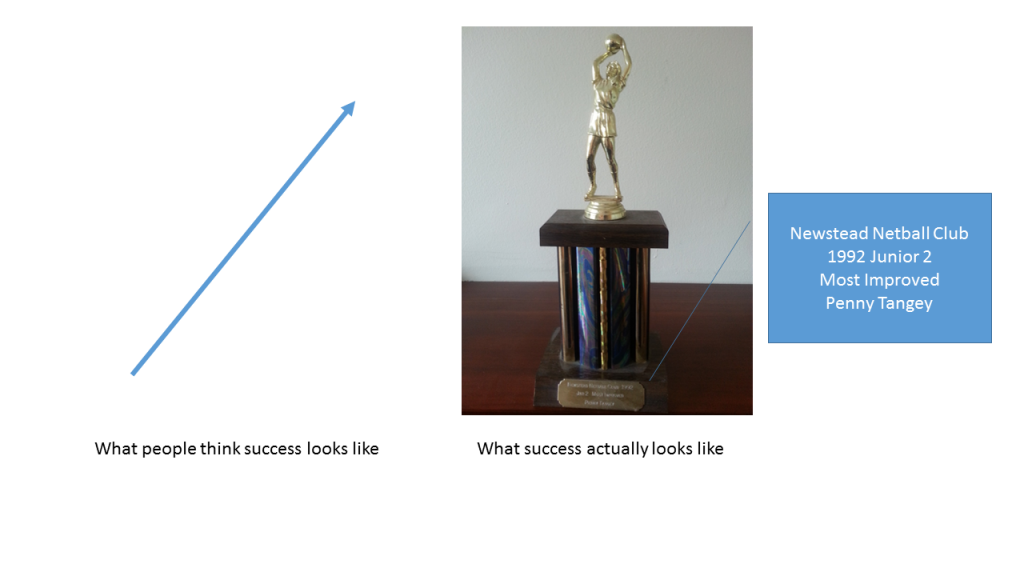 Apparently a lot of people make New Years Resolutions. I am scornful of this. Don’t they know this doesn’t work? I think. What’s so magical about 1 January? I scoff. They won’t last a week. I snicker.

However, I think August is the perfect to time to report on key projects and assess progress against KPIs all as part of reaffirming the spirit of continuous improvement.

It is in this mindset that I am reflecting on my progress this year.

Earlier in the year I decided I would not watch Neighbours unless I was doing my stretch and strength exercises at the same time. The goal was to be able to touch my toes and not feel my brain. It hasn’t worked. I still can’t touch my toes and my brain thinks all kinds of nonsense and some of it hurts. The good news is that Karl and Susan’s marriage seems solid at the moment. This proves that anything’s possible so I will keep chipping away at it.

I feel terribly guilty about milk. Those poor cows.

But cheese! And flat whites! (I don’t like soy milk, it tastes like beans. And the first time I had an almond milk coffee I couldn’t believe they were allowed to charge money for it because it tasted like sick.) I have cut back on dairy but I haven’t cut it out. It’s yet another example of my self-serving and inconsistent ethical framework.

Leaving aside whether half-measures are evil, there are definitely still some low hanging yogurts that I could pick off my dairy consumption tree. I’m going to start having oat milk on my cereal. After all, oats and oat milk are old friends.

This still leaves a fair bit of dairy in my life, however, I’m sure bovine mothers don’t mind giving up their babies to slaughter for the sake of Camembert.

A few years ago a friend of mine said that she never reads trash mags. Not even at the hairdresser’s? I said. No, never. She did not know who the Kardashians are. So I told her, and all her hard-won ignorance was ruined.

Inspired, I also stopped reading trash mags. I stared resolutely at the pot plants in waiting rooms and took out a novel. I waited for the knowledge to leave or at least stop flooding in. But it didn’t. I still found out that the Duchess of Cambridge never has bare legs in public.

It is the internet’s fault. Particularly, the naughty Age website. I go to the site planning to read about new crop rotation techniques and political affairs but I actually click on swimsuit articles and famous faces (particularly if they look funny). So, I am resolved to find a truly worthy news site and only visit that when I’m not reading Proust.

You’re welcome to snicker, she won’t last a week, any time you want.