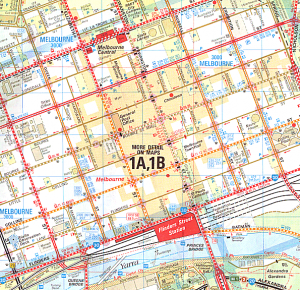 I grew up in Central Victoria. I’ve now lived in Melbourne for almost as long as I lived in the country but the feeling of being a bit rural has never left me. Below are some things that country kids do when they hit the big smoke.

(I’m going to act like I speak for all country kids and that is not true. In fact I may be alone in these experiences but I feel that there’s more dignity in generalising them.)

1 You lose your mind when you go on an escalator

Some country kids say they were scared of escalators but not me. I loved them. The thrill of stepping on and watching the department store slide by gave me an almost unmatchable sense of joie de vive.

There’s a lot more space in the country so houses tend to be one level. I associated stairs with my glamorous city cousins who lived in the beating heart of Melbourne (in Mentone) and had a wonderful carpeted staircase with little glowing safety lights like orbs of orange promise. When I moved into my first sharehouse with stairs I felt like I’d made it. I now live in a house with stairs and I am pretty up myself about it.

When I was in first year uni I arranged to meet a friend at a café. He said ‘Let’s just go to Mario’s’. Instead of saying ‘Where’s that?’ I went home and looked it up in the phone book (long time ago – no internet at home) and then I did a reconnaissance mission the day before just to check I could get there. Google Maps is probably saving country kids a lot of time and face these days.

I studied the city grid almost as intensely as Specialist Maths. I’m less likely to ever forget ‘Spring, Exhibition, Russell, Swanston, Elizabeth, Queen, William, King, Spencer’ than the name of my first dog. I thought learning the names of the streets would hide my impostering self with the cloak of knowledge. Years after moving to Melbourne a friend gave me a lift into the city and I realised HE DID NOT KNOW the street names AND HE WASN’T EVEN EMBARRASSED. I realised that real locals often don’t use street names. They say things like ‘Opposite the library’ and ‘the fish and chips corner’.

When I go back to the town where I grew up I drive my partner mad with the way I give directions. We once had a terribly confusing conversation when I said, ‘You follow the road past Bronwyn’s house’. He insisted that was wrong and I couldn’t understand what his problem was. In the end I realised he was confused by the term ‘Bronwyn’s house’ which he took to mean the house where my friend Bronwyn lives now.

‘No, no, that’s not ‘Bronwyn’s house’, I said. ‘That’s ‘Bronwyn and Simon’s house’. Bronwyn’s house is the one she hasn’t lived in for ten years near the pub.’ That’s local.