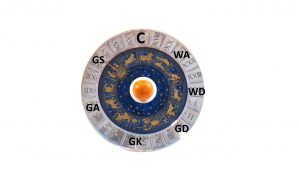 Your netball position is highly predictive of your future. I’ve spent many hours meditating on an orange (very painful and sticky) in order to divine these uncannily accurate netballstrology readings. Read on to find out what 2018 has in store for you.

Note: The bags pictured are available at www.ifyouneed.etsy.com 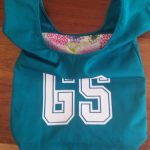 With Mercury peeling the orange in 2018, this should be a great year for Shooters.

You are a person who can take the long-view. That is because you are tall. If not, you might want to reconsider your position in 2018. If you decide to stay in your current role, you should try to get a window seat at your workplace. You might have a lot of time to stare out of it.

I’m seeing a lot of armpits in your life in 2018. As usual, ignore them. (I’m really talking about romance.) You have the good sense to stay in the place where you’re most needed, so don’t let anyone tempt you into areas you’re not comfortable in.

On court, Goal Shooters have finely tuned minds with a laser-like focus on accuracy. Once the game is over they are likely to wander off without handing in their bib. Keep your brain nimble by eating good oils and also watch out for ankle injuries. 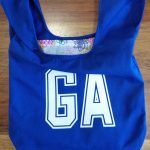 With the goal-post waxing in 2018, this will be a year where Goal Attacks’ versatility and skill can shine. In June you will kill again.

Some people have one job, but you have at least two and you’re great at both. You’re a go-getter but you’re also quite accurate when you let go of the ball. So, don’t hold back with your opinions in the workplace. If you see something you don’t agree with, in an area you’re not technically allowed in, stand as close as you can and shout advice.

In 2018 try not to worry if a relationship doesn’t work out as you planned. Chances are, someone else was obstructing you and you’ll get another crack at it.

You’re good at ignoring armpits thrust in your face but don’t forget to check your breasts if you have them. 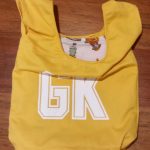 With the weakness in the opposition attack in 2018, this should be a quiet year for Goal Keepers.

If you’re working for a successful organisation, you may have little to do in 2018. Relish this and work on mindfulness. How many things can you smell that aren’t Deep Heat? Keep a list.

We all know that the best way to attract a mate is to stick your armpit in their face. Keep using that tactic in 2018, it’s bound to work eventually.

Sitting is the new smoking and we’re all supposed to stand more. This is good news for Goal Keepers who spend most of their time upright and stationary. To make this activity even more beneficial, do some pelvic floor exercises. 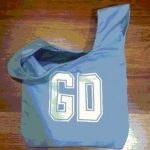 The goal circle is still a semi-circle in 2018, which means Goal Defenders can expect the relentless grind to continue this year.

In 2017 you did twice as much work as your colleague for the same reward in oranges. It’s your own fault for being so damn competent. Nothing will change in 2018. Now jog back for the centre pass and get on with it.

When it comes to love, you have to be in it to win it. You should stick your arms up at every opportunity, provided you’re the legally mandated distance away. Having said that, rebounds are your best chance in 2018, so watch out for other people’s failures and be ready to pounce.

You spend so much time fixing other people’s mistakes that it’s hard to find time to look after yourself. On the bright side, at least you’re getting plenty of exercise. 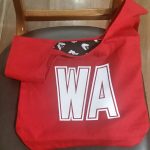 With the sun hovering over the transverse line, Wing Attacks can expect a big year in 2018. Unless one of their team members doesn’t turn up, when you might have to play in goals, which will be a disaster as per usual.

Wing Attacks – are you living up to your potential? Do I hear you say no? Actually, the answer is yes. The truth is, just like how you don’t play Centre, you’re where you are in your career for a reason. And that reason is limited talent. “Keep doing what you’re doing” said the man to the tree as if it needed his advice.

Singles – showing people they need you is a wonderful way to make them love you. That’s why you bring the oranges, right? In the second half of the year you will try a similar tactic on a love interest by baking cakes.

Paired-up Wing Attacks can expect to continue to be the only one in the relationship who makes the cakes. 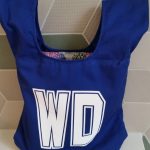 2018 should be a bumper year for Wing Defenders provided they don’t have unrealistic expectations of receiving love or recognition.

Just because you’re the first person to be offered a redundancy when your workplace restructures, doesn’t mean your role’s contribution isn’t considered as important as other people’s. Actually, that’s exactly what it means. But just because you will never receive any reward or recognition, doesn’t mean you shouldn’t try your hardest.

When you see other people enjoying each other’s company, stand as close as you’re legally able and let them know that you’re there if they need you.  They don’t, but that is hardly the point.

Watch out for ankle injuries. 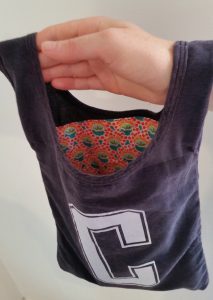 Assuming you win the toss, 2018 starts with you; it’s just a shame it will also involve less competent people.

You’ve usually got an iron in every fire and 2018 will be no exception – you’ll be all over the place, in a good way, of course. However, there’s still the pesky matter of the goal circles where other people will ruin or validate your good-work.  You can’t control everything. Let it go. By which I mean, scream instructions at your colleagues. Remember, you will be the one who fixes their mistakes…and then they will make more of them.

“Centres should try seeing things from their partner’s perspective” says the person who knows nothing about power dynamics. As a wise Centre you know that you’re indispensable, so do what you want and have fun love-rat!

Do you feel exhausted? Probably, but better than being lazy like everyone else, am I right? You’re at least a third healthier than anyone else you know so let smugness be your energy.

I’m joking. This has no relevance to netball. In 2018 you will come into a lot of citrus fruit. Eat as much as you want, you deserve it.