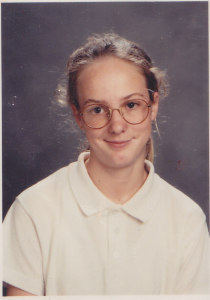 I read an article about bullying today that I really liked.

“The world isn’t neatly divided into bullies and the bullied; all victims conceal sins, and all villains carry sorrows and scars.”

I try to write about characters who sometimes do genuinely crap things because I have done crap things that I regret. I was a nerd at school, and people were mean to me. But equally, I was mean to other people. And at other times I did nothing while things I didn’t agree with unfolded.

I was lucky. I was never physically hurt and on the whole I enjoyed school and had good friends. But there were still some experiences that are hard for me to think about now.

Looking back on my time at school, I’d say I need to forgive and be forgiven in about equal measure. Below is a selection of incidents I remember but there were others too.

Bad things I did

Bad things done to me

Times when I did nothing

There were times when I wasn’t the victim or the bully.

Something I’m proud of

That’s character. Shame about the other stuff.